With an ongoing battle between the cloud giants, we have seen some remarkable features being added in cloud’s catalog. Going back in 2012, Google Compute engine added 36 servers to its base model and with the start of 2013 the leader of Open Cloud – Rackspace reduces its prices by 33%. 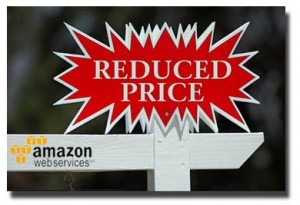 Over couple of events,  we have seen Amazon (the biggest player of the Cloud Market) introduced intuitive features and improved services followed by some relaxation in the pricing modules to give a bonus to their customers.

This time AWS reduces the price to gain a larger market share. News was posted on Company’s Official Blog on Monday 4th March 2013 that Amazon Web Services is cutting prices on its elastic compute cloud (EC2) and related services.

Amazon is considered as market leading service provider in the public cloud computing, with one of the most reliable and powerful infrastructure. Intense competition is seen between AWS, Openstack and Rackspace. Current price relaxation is also seems to be part of effort by AWS to turn more people over its public computing infrastructure.

Adding Value to Amazon Web Service Customers – In what directions?

AWS Price Cut-off over the Years

During the past six years, AWS recorded 19 price deduction offerings. With already a prominent and leading position in cloud computing market, such constant effort of lowering prices of quality service will definitely provide AWS a competitive advantage over other rivals including Google Drive, Microsoft Skydrive, etc.

If the trend continues in similar passion, we might witness price reduction offers from other leading service providers also. All and all, it will open the opportunity for potential customers to move on cloud computing platform at lowered cost. To learn more about Amazon Cloud, visit AWS profile below.