Oracle & Microsoft Teams Up to Bring 12c Database And Azure Together 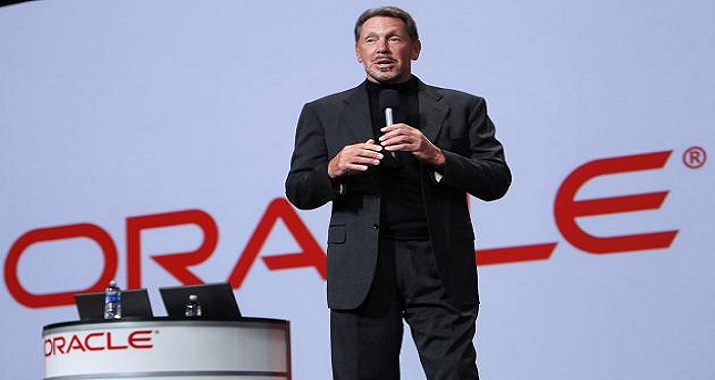 FROM THE NEWS ROOM: Oracle is all set to move to the Cloud world and to announce some astonishing partnerships with major SaaS companies including Salesforce.com, NetSuite and Microsoft. This announcement was made by Oracle’s CEO Larry Ellison during the fourth quarters’ earnings call. Oracle plans these partnerships with an aim to ensure the success of its 12c database technology.

In a response to a question related to Oracle’s upcoming multi-tenant 12c database.

Oracle’s 12c database technology is a pluggable in-memory database which is claimed to be used by the cloud companies for several coming years. Oracle is aiming to promote its 12c technology for which these partnerships are planned.

.These partnerships in the cloud I think will reshape the cloud and reshape the perception of Oracle Technology in the cloud. 12c in other words is the most important technology we’ve ever developed for this new generation of cloud security..

It is reported that the joint press conference scheduled for June 24th 2013, will be held by Oracle’s President Mark Hurd, Microsoft’s CEO Steve Ballmer and Microsoft Azure Chief Satya Nadella. The core details of these remarkable partnerships are yet to be disclosed.

Since NetSuite and Salesforce.com are already major customers of Oracle, it is expected that these two companies are most likely to be upgrading to Oracle 12c technology. With this partnership, Salesforce is expected to enter into a wide-ranging data portability agreement with Oracle. This will simplify the data migration process between two firms’ human-capital management suites.

The interesting factor of the announcement lies with the anticipated availability of Oracle 12c on Windows Azure, despite of some massive investments by Microsoft in SQL server. Unlike Amazon Web Services, Microsoft is not offering Oracle within its cloud.

Microsoft made its Windows Azure available to general public in April 2013. Since that time, there has been a constant pressure on Microsoft to enhance its cloud capabilities which is possible through partnerships. On the other hand, Oracle offers an in-the-works “infrastructure-as-a-service cloud” which is basically designed to let it out to companies on lease, saving their upfront capital cost.

Oracle considers its cloud investment has provided it a huge boost.

.Our cloud now runs well over $1 billion run rate, and is bigger than both Workday and SAP combined in the cloud. We are clearly the second largest provider in the SaaS market with more than 130 Fusion customers that are live in production today. We have 70 petabytes of storage in seven countries, more than 7.6 million users and 16.5 billion transactions per day..

These partnerships with major SaaS players can guarantee Oracle that its 12c technology will be offered straight away to developers along with being used in big accounts. Let’s wait for the final and official announcement to take place that may reveal some more amazing facts.